In this special bonus episode of Homeschool Conversations I had the privilege of chatting with Amanda McCrina, author of the newly published YA novel, Traitor. Amanda is a homeschool graduate, and Traitor began as a short story assignment for history during her senior year! Listen to this episode to hear Amanda discuss the writing process, her love of reading, and the complicated history undergirding the stories in Traitor. She also answered 3 listener questions from some homeschool teens! This is an episode your teens will enjoy listening to as well.

Be sure to check out all the other interviews in our Homeschool Conversations series!

Watch the video. Listen to the podcast. Read the show notes. Share with your friends!

Prefer to listen to your content? Subscribe to Homeschool Conversations on Apple podcasts or wherever you get your podcasts so you don’t miss a single episode!

Please note: Different readers are ready for a variety of content at a wide range of ages. Please check out the author’s website to read more about Traitor to determine if it is a good fit for the teens in your particular family.

Amanda McCrina was homeschooled through high school and graduated from the University of West Georgia with a BA in history and political science. For three years, she taught high school English and government at an international school in Madrid, Spain, and is now a bookseller in Franklin, Tennessee.

Watch my interview with Amanda McCrina

Poland, 1944. After the Soviet liberation of Lwów from Germany, the city remains a battleground between resistance fighters and insurgent armies, its loyalties torn between Poland and Ukraine.

Seventeen-year-old Tolya Korolenko is half Ukrainian, half Polish, and he joined the Soviet Red Army to keep himself alive and fed. When he not-quite-accidentally shoots his unit’s political officer in the street, he’s rescued by a squad of Ukrainian freedom fighters. They might have saved him, but Tolya doesn’t trust them. He especially doesn’t trust Solovey, the squad’s war-scarred young leader, who has plenty of secrets of his own.

Then a betrayal sends them both on the run. And in a city where loyalty comes second to self-preservation, a traitor can be an enemy or a savior—or sometimes both.

Amanda is originally from the Atlanta, GA area. Although she did not think she would ever want to be a teacher, after college she taught in both Japan and Spain.

Now, she works as a bookseller in Franklin, TN. Amanda said, “I’ve always been a passionate reader, so this is like a dream job for me.”

Amanda wrote off and on throughout high school. When she was 17, she did NaNoWriMo for the first time with the expressed goal of wanting to be published someday.

Starting out, Amanda mostly wrote fantasy (she’s a big Tolkien fan). In her senior year she received an assignment to write a short story in a setting she had studied in history. She was something of a WW2 buff, and had recently become fascinated by Soviet history, so she ended up writing a short story about a Soviet sniper during WW2. And thus, the genesis of the idea of what has now become Traitor!

Amanda clarified, “I love having written. I don’t necessarily love writing itself…I never liked writing papers… What has helped me is making sure I’m coming at it from an angle I’m passionate about…I have to make sure it’s something that I care about.”

Authors who inspired her love of story {4:18}

The often-neglected story of the Eastern Front of WW2 {5:10}

Part of Amanda’s draw to the history of the eastern front in WW2 stems from her own Polish roots.

Amanda also noted that because the history of the eastern front is often bleak and depressing, it is not studied as often. But as she studied the history of that region more, she recognized that “the bleakness at times makes us see the moments of grace more clearly.”

The complex background of Traitor {7:00}

One of Amanda’s readers has noted that this is not an everybody against the Nazis kind of story. “It’s not that simple. And sometimes we want history to be that simple, and it’s rarely that simple,” Amanda said.

Amanda recognizes that this is still a hot button issue with Poland and Ukraine even to this day. She made a point to read history written from both a Ukrainian and Polish point of view and to look at the broader historical context. She sought to be very respectful of the material involved in this period of history.

“The important thing as well was to make sure I was grounding this conflict in characters that I hope the reader will care about. I think the plot doesn’t matter if the readers don’t care about the characters,” Amanda explained.

Amanda also noted that with Tolya, the main character of Traitor, it was important to her to write a character whose faith rooted him and was an inseparable part of his identity. This is not often a representation we see in YA fiction.

“I wanted [the readers] to see this as a story about people who are trying to do the right thing, even when they weren’t sure what that even looked like,” she continued.

I’ll share the questions here in the show notes, but you’ll have to listen to the episode to hear Amanda’s answers!

What does the YA category refer to in publishing? {14:36}

Amanda said YA designation is not just about the character’s age: “A lot of it has to do with what kind of questions the narrative is getting you to think about.” Is it a coming of age story? Is the character figuring out relationships or their place in the world?

Some of Amanda’s favorite YA authors:

Some recent WW2 YA fiction Amanda has enjoyed:

Questions for each Homeschool Conversations Guest

Amanda said to allow yourself some wiggle room and some grace!

Check out all the other interviews in my Homeschool Conversations series! 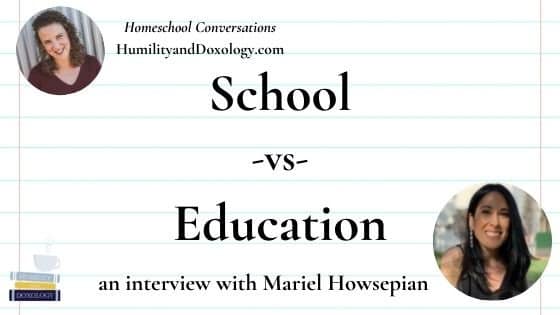 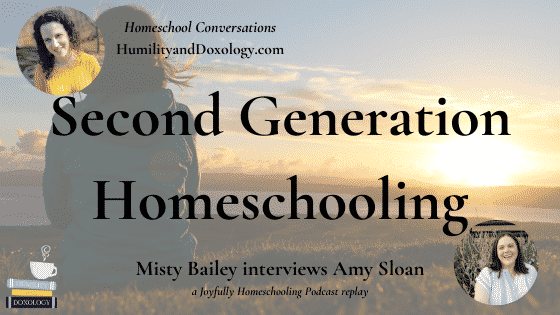 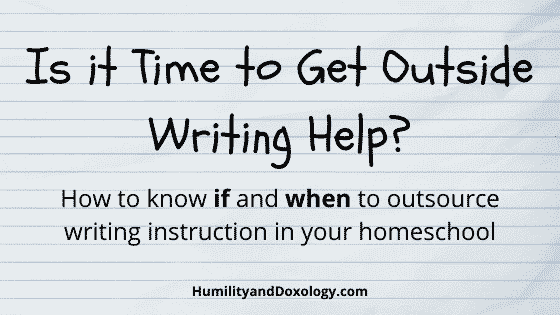