It’s my favorite time of the month: time to put together our new selection of Morning Time and memory work plans! Since last month was a poetry month, I planned to have a Shakespeare month in February like we ordinarily do. But several kids had particular poetry requests (some new, some review), and I decided to host our first ever All Request Month. So each of my 5 children selected one poem for us all to recite and review in February!

Now, we won’t have time to do all 5 poems every day. We’ll loop through them as our schedule permits, and I see no reason why we won’t get through the entire list 1.5 to 2 times each week.

This post continues my series of behind-the-scenes sneak peeks into the IRL Sloan family Morning Time plans. I’ve added the simple printables we’re using in our own homeschool to the subscriber freebie page, so make sure you’re on my email list for access.

Last month we also began adding in new French phrases each week. You can hear more about that in this video. (Want to try TalkBox.Mom in your own homeschool? Head here and use code humility20 for $20 off your first box + phrasebook or code humility5 for $5 off the phrasebook.) We’re still working on developing this habit, but I’m hoping linking it to our regular Morning Time will help!

Not included on the list is our daily viewing of WORLD Watch News. Due to changing school and work needs, my teens often, but not always, participate in this following our main Morning Time routine.

You’ll notice that I’ve typed up the Bible memory verses in our preferred responsive reading format. We’ll take turns being the one to read the light print, and everyone else will reply with the dark print. We’ve found this hugely helpful in keeping us focused during our Scripture memory work time!

In addition to The Dangerous Journey, we will also be using the month of February as an opportunity to re-read several of our favorite picture books featuring the lives and accomplishments of Black Americans.

You can read more here about how to choose the best memory work in your own homeschool, or head to the Year of Memory Work for a year’s worth of free printable poems, speeches, and other beautiful pieces for recitation!

I’d love to hear what your family will be including in Morning Time this month! Let me know in the comments below.

“Let not your heart be troubled; you believe in God, believe also in Me.

In My Father’s house are many mansions; if it were not so, I would have told you. I go to prepare a place for you.

And if I go and prepare a place for you, I will come again and receive you to Myself; that where I am, there you may be also. And where I go you know, and the way you know.”

Thomas said to Him, “Lord, we do not know where You are going, and how can we know the way?”

Jesus said to him, “I am the way, the truth, and the life. No one comes to the Father except through Me.

“If you had known Me, you would have known My Father also; and from now on you know Him and have seen Him.”

Philip said to Him, “Lord, show us the Father, and it is sufficient for us.”

Jesus said to him, “Have I been with you so long, and yet you have not known Me, Philip? He who has seen Me has seen the Father; so how can you say, ‘Show us the Father’?

Do you not believe that I am in the Father, and the Father in Me? The words that I speak to you I do not speak on My own authority; but the Father who dwells in Me does the works.

Believe Me that I am in the Father and the Father in Me, or else believe Me for the sake of the works themselves.

“Most assuredly, I say to you, he who believes in Me, the works that I do he will do also; and greater works than these he will do, because I go to My Father.

And whatever you ask in My name, that I will do, that the Father may be glorified in the Son. If you ]ask anything in My name, I will do it.

“If you love Me, keep My commandments. And I will pray the Father, and He will give you another [Helper, that He may abide with you forever—

the Spirit of truth, whom the world cannot receive, because it neither sees Him nor knows Him; but you know Him, for He dwells with you and will be in you.

I will not leave you orphans; I will come to you.” A little while longer and the world will see Me no more, but you will see Me. Because I live, you will live also.

At that day you will know that I am in My Father, and you in Me, and I in you.

He who has My commandments and keeps them, it is he who loves Me. And he who loves Me will be loved by My Father, and I will love him and manifest Myself to him.”

Judas (not Iscariot) said to Him, “Lord, how is it that You will manifest Yourself to us, and not to the world?”

Jesus answered and said to him, “If anyone loves Me, he will keep My word; and My Father will love him, and We will come to him and make Our home with him.

He who does not love Me does not keep My words; and the word which you hear is not Mine but the Father’s who sent Me.

“These things I have spoken to you while being present with you. But the Helper, the Holy Spirit, whom the Father will send in My name, He will teach you all things, and bring to your remembrance all things that I said to you.

Peace I leave with you, My peace I give to you; not as the world gives do I give to you. Let not your heart be troubled, neither let it be afraid.

You have heard Me say to you, ‘I am going away and coming back to you.’ If you loved Me, you would rejoice becauseI said, ‘I am going to the Father,’ for My Father is greater than I.

“And now I have told you before it comes, that when it does come to pass, you may believe.

I will no longer talk much with you, for the ruler of this world is coming, and he has nothing in Me.

But that the world may know that I love the Father, and as the Father gave Me commandment, so I do.

The Lake Isle of Innisfree

I will arise and go now, and go to Innisfree,
And a small cabin build there, of clay and wattles made;
Nine bean-rows will I have there, a hive for the honey-bee,
And live alone in the bee-loud glade.

And I shall have some peace there, for peace comes dropping slow,
Dropping from the veils of the morning to where the cricket sings;
There midnight’s all a glimmer, and noon a purple glow,
And evening full of the linnet’s wings.

I will arise and go now, for always night and day
I hear lake water lapping with low sounds by the shore;
While I stand on the roadway, or on the pavements grey,
I hear it in the deep heart’s core.

Death, Be Not Proud

Death, be not proud, though some have called thee
Mighty and dreadful, for thou art not so;
For those whom thou think’st thou dost overthrow
Die not, poor Death, nor yet canst thou kill me.
From rest and sleep, which but thy pictures be,
Much pleasure; then from thee much more must flow,
And soonest our best men with thee do go,
Rest of their bones, and soul’s delivery.
Thou art slave to fate, chance, kings, and desperate men,
And dost with poison, war, and sickness dwell,
And poppy or charms can make us sleep as well
And better than thy stroke; why swell’st thou then?
One short sleep past, we wake eternally
And death shall be no more; Death, thou shalt die.

The Charge of the Light Brigade

II
“Forward, the Light Brigade!”
Was there a man dismayed?
Not though the soldier knew
Someone had blundered.
Theirs not to make reply,
Theirs not to reason why,
Theirs but to do and die.
Into the valley of Death
Rode the six hundred.

IV
Flashed all their sabres bare,
Flashed as they turned in air
Sabring the gunners there,
Charging an army, while
All the world wondered.
Plunged in the battery-smoke
Right through the line they broke;
Cossack and Russian
Reeled from the sabre stroke
Shattered and sundered.
Then they rode back, but not
Not the six hundred.

’Twas brillig, and the slithy toves
Did gyre and gimble in the wabe:
All mimsy were the borogoves,
And the mome raths outgrabe.

“Beware the Jabberwock, my son!
The jaws that bite, the claws that catch!
Beware the Jubjub bird, and shun
The frumious Bandersnatch!”

He took his vorpal sword in hand;
Long time the manxome foe he sought—
So rested he by the Tumtum tree
And stood awhile in thought.

And, as in uffish thought he stood,
The Jabberwock, with eyes of flame,
Came whiffling through the tulgey wood,
And burbled as it came!

One, two! One, two! And through and through
The vorpal blade went snicker-snack!
He left it dead, and with its head
He went galumphing back.

“And hast thou slain the Jabberwock?
Come to my arms, my beamish boy!
O frabjous day! Callooh! Callay!”
He chortled in his joy.

’Twas brillig, and the slithy toves
Did gyre and gimble in the wabe:
All mimsy were the borogoves,
And the mome raths outgrabe.

A hop, a skip, and off you go!
Happy heart and merry toe,
Up and down and in and out,
This way, that way, round about!
Bend like grasses in the breeze,
Wave your arms like wind-blown trees,
Dart like swallows, glide like fish,
Dance like anything you wish.
Soundless as the snowflakes white,
Swift as shooting stars at night,
Nimble as a goblin elf,
Dance, dance and be yourself.
Stately, sprightly, so and so,
Quick and slow,
To and fro,
Kicking high and jumping low,
A skip, a hop, and off you go! 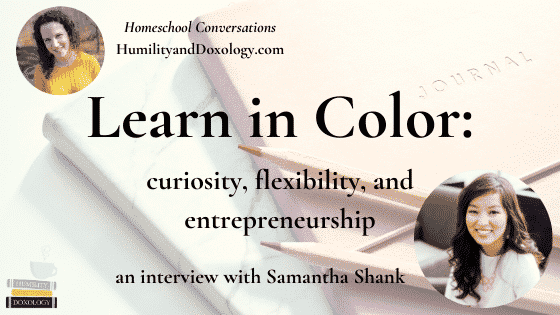 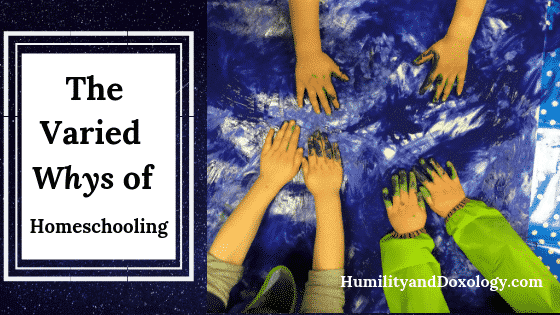